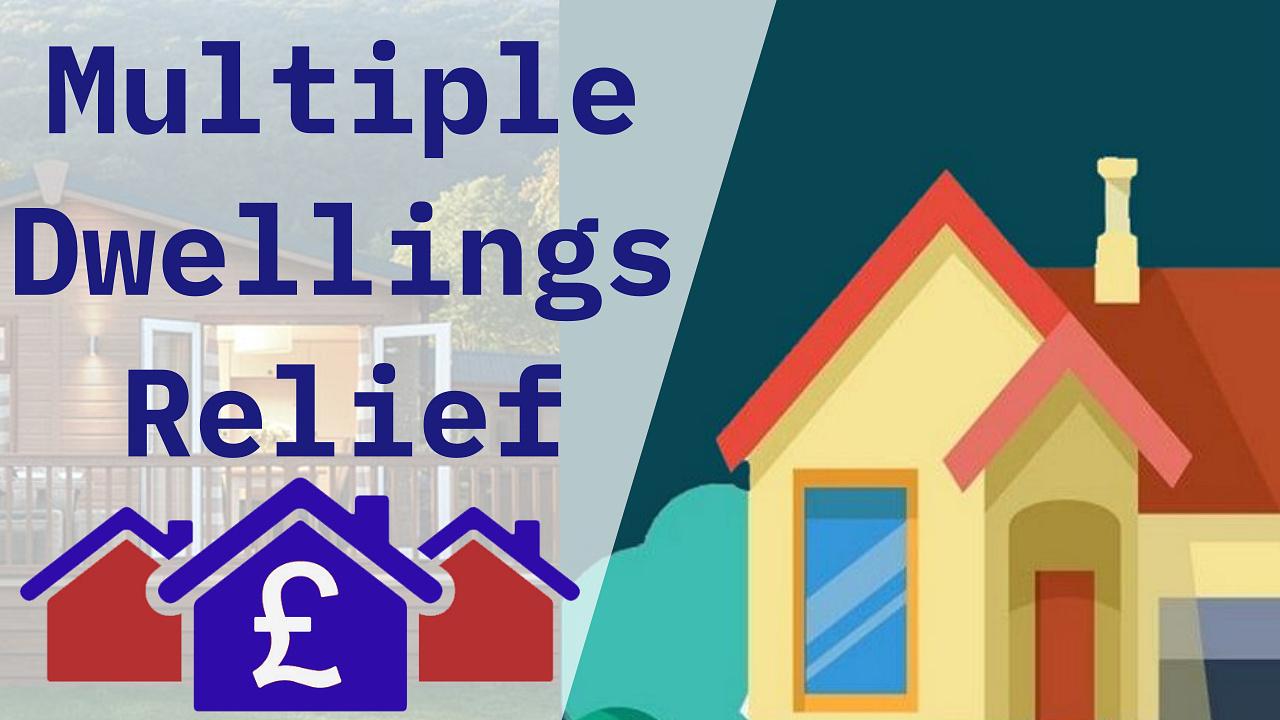 For example, Propco buys five flats for £1 million, resulting in average consideration of £200,000. With regular SDLT rates on residential property of £1 million, the total SDLT payable would be £73,750, with 10% SDLT being applied on the top slice of the £1 million consideration. However, with MDR, it is treated as Propco acquired five flats of £200,000 each separately (total consideration of £1 million divided by five dwellings). The effect of this would be significant as the top slice of SDLT applied would be only 5% instead of 10% without MDR. The total SDLT payable with MDR would only be £37,500, resulting in a saving of £36,250 with MDR.

The relief applies where the main subject matter of a transaction contains at least two dwellings. These can be purchased in linked transactions or one transaction. The purchase of property other than the dwellings (e.g. commercial property) will not invalidate the relief.

The relief cannot be claimed where:

However, there can be a special situation where MDR can be claimed without a 3% surcharge being applied (resulting in the default 1% minimum instead of 3%). Some of such situations can be:

Meaning of Dwellings for MDR

Note that just having a plan to construct dwellings does not satisfy the meaning of dwelling. The process of construction should have been started at the effective date of the transaction. For example, the purchase of one bungalow which the buyer wants to convert to five flats would qualify as multiple dwellings as only dwelling was present at the effective date of transaction and the process of construction hasn't yet started. However, there are some exceptions in the case of off-plan purchases.

In Fiander & Anor [2020] TC 07676, the main house and an annexe acquired as parts of a residential property and each with its own living accommodation and connected by a short, open corridor were held not to constitute a single dwelling, such that the transaction did not qualify for the relief. The Upper Tribunal ([2021] BTC 534) upheld the decision and set out a series of ‘observations’ on the meaning of ‘suitable for use as a single dwelling’ which are likely to become the yardstick for the future decisions in this area. In this particular case, the access from the main part of the house was by a corridor that had door jambs but there was no actual door and the purchaser could not say that there had ever been one. A lockable door would potentially have given a different result.

Yes, Multiple dwellings relief is available on the purchase of multiple dwellings subject to the higher rates payable by non-UK resident purchasers. The rate of tax on the average consideration will take into account the non-resident rates and, if applicable, the rates payable to purchases of additional residential properties.

Student halls of residence are always considered non-residential property, so MDR is not available.

These are considered dwelling for Multiple Dwellings Relief. However, these are not considered dwelling for the additional rate of SDLT.
These types of properties are generally owned and managed by companies that specialise in the provision of student accommodation (but not owned by or involved with the educational establishment).
For HMRC to accept this category, there should be evidence that the accommodation is restricted to students (regardless of the educational institution they attend).

These are generally let to or otherwise used by students are always deemed to be dwelling, so MDR is available if more than one dwelling.
Although these properties generally let to students, there is no obligation for the residents to be student

For example, Propco acquires a block of flats available only to students. Each floor consists of a lockable entrance door from a communal stairwell and a number of individual study bedrooms, each with en-suite facilities, but only one communal kitchen and living area. This falls under residential accommodation for students other than student halls of residence. Therefore, a higher rate of SDLT will not apply, but MDR may be claimed. For the purposes of MDR, each floor (not each bedroom) within the block will be treated as used or suitable for use as a single dwelling. The same treatment would apply if the en-suite facilities were instead single shared bathroom facilities on each floor.

If an acquisition has been made and the relief claimed and obtained, it is clawed back if events of certain types occur subsequently, events which give rise to a situation where relief is presumably thought not to be merited. The rule is that if, in the period ending:

an event, change of circumstance or change of plan occurs, which, had it occurred immediately before the effective date of the original purchase, would have denied or reduced the relief, the tax on that purchase is recalculated accordingly. Within 30 days of the event, the purchaser must send in an SDLT return and pay the extra tax.

In the case of a dwelling subject to a lease granted for an initial term of more than 21 years, superior interest in relation to the lease cannot be taken into account in determining whether MDR relief if available or not.

HMRC guidance SDLTM29930 gives the following examples in this regard - a purchaser acquires the freehold of a block of four flats. The transaction is not linked with any other transaction.

The restriction on the availability of relief by virtue of superior interest rule above is disapplied in shared-ownership cases where:

There is a special rule for off-plan purchases for MDR. If the following conditions are met, for MDR, the main subject-matter of the transaction will be taken to consist or include an interest in the dwelling:

Following are some of the examples on MDR obtained from HMRC SDLT Manual:

The freehold of a new block of 20 flats is purchased for £2.5 million. There is no headlease and none of the flats is subject to a long lease.

The transaction is a relevant transaction for the purposes of the relief as it involves the acquisition of more than one dwelling - i.e. the 20 flats. The freehold is treated as if it were interests in the individual dwellings. The chargeable consideration divided by the number of dwellings is £125,000. This is below the normal 0% SDLT threshold but a minimum rate of tax under the relief applies.

If the other conditions are met MDR can be claimed but in almost all examples like this the higher rate for additional dwellings will apply. The higher rate was introduced on transactions with an effective date on or after 1 April 2016. The higher rate adds 3% to the standard SDLT rates.

The freehold of a block of 10 flats is purchased for £1.4 million. There is no headlease but five flats are let on 99-year leases.

The rate of tax on the consideration attributed to the untenanted flats is set by the amount of that consideration divided by the number of dwellings concerned, the tax should be calculated and this figure is then multiplied by 5to give the total amount of SDLT payable.

The higher rate for additional dwellings will be applicable. The non-resident rates of SDLT may also be applicable if any purchaser is not UK resident.

The freehold reversion of a block of 20 flats is purchased. A 999-year headlease over the whole block has been granted to a company controlled by the tenants, with ten flats let on 99-year leases and the rest on leases of 21 years or less.

The transactions involving the houses are relevant transactions for the purposes of the relief. Two of the houses cost £250,000 and two cost £350,000 so the dwellings on which MDR can be claimed have a value of £1,200,000 and the SDLT should be based on this figure. This is calculated based on £1,200,000 divided by 4. The tax is calculated on this figure and then multiplied by 4. The higher rate for additional dwellings will be applicable.

The freehold of a building divided into six flats is purchased for £1.2 million and relief is claimed. The flats are let on Assured Shorthold tenancies but, two years later, the tenancies cease and the purchaser begins work to convert the building into a hotel.

At the time of purchase, the transaction is a relevant transaction as it involves the acquisition of more than one dwelling - i.e. the superior interest in six flats where the term of the lease is 21 years or less. The rate of tax is set by the total consideration given, divided by the number of dwellings. The higher rate for additional dwellings will be applicable.

When conversion work starts (within three years of the effective date of the transaction), the flats cease to be suitable for use as dwellings. The change is deemed to have taken place immediately before the purchase so the transaction ceases to be a relevant transaction. The rate of tax is now set solely by the consideration given. The subject-matter of the transaction is now non-residential.

The purchaser is required to make a further return and pay additional tax within 30 days of conversion work starting.

Yes, we are the authorised HMRC agent for SDLT and advise on MDR on a regular basis. Whether you or your solicitor are looking for written tax advice on MDR before completion or you are looking to file an amended SDLT return after the completion to claim MDR, our SDLT tax experts will take care of your requirements with highly professional and expert service.