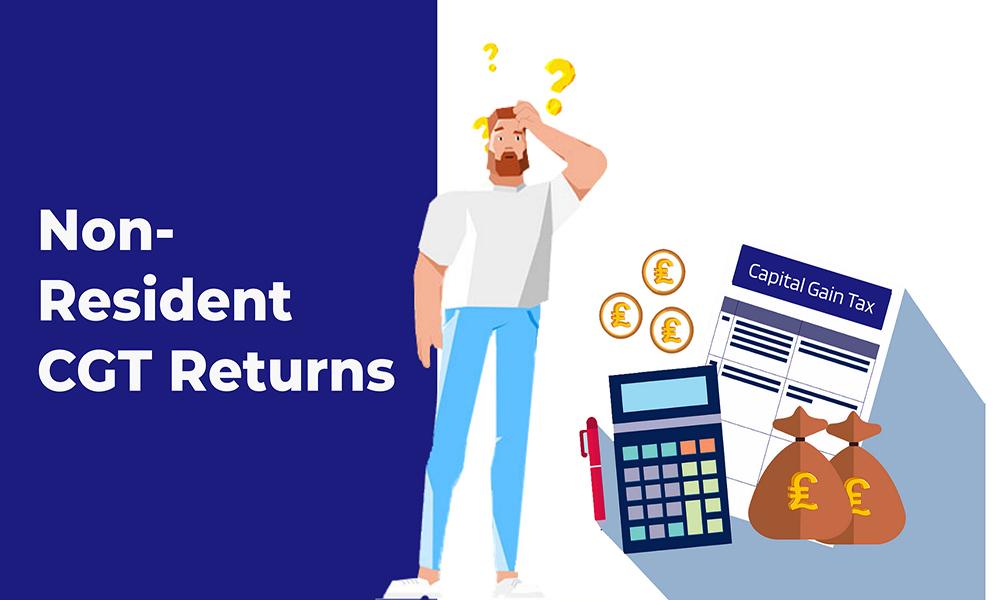 Non-Resident landlords and property investors disposing of land and property situated in the UK are generally required to file the Non-Resident Capital Gain Tax (NRCGT) return and pay the NRCGT within 60 days of the date of the disposal of the property.

UK Property Accountants has a team of non-resident capital gain tax (NRCGT) experts to comply with the NRCGT requirements. On this page, we will explain the main provisions surrounding the NRCGT.

Who falls under the scope of NRCGT?

What kinds of disposals and assets fall within the scope of the NRCGT?

What does an indirect disposal mean?

This indirect disposal also falls within the scope of the NRCGT.

For indirect disposal, the legislation sets our specific tests as below:

The 25% is not simply the shares in the non-resident entity. It can take any form, such as voting rights, the entitlement of the entity's assets, entitlement to the distribution, etc.

Both tests must be met for disposal to fall within the scope of NRCGT.

How is the NRCGT calculated?

Without going into complicated cases, we tried to simplify it on this page by including only two types of disposals:

If the non-resident person owns a residential property as of 5 April 2015 and it remains residential until 5 April 2019, the old 2015 NRCGT rules applies. Under this rule, the taxpayer can choose one of the following three methods:

If properties were not under the scope of NRCGT before 6 April 2019, the NRCGT 2019 rules apply. Under this rule, the taxpayer can choose between the following two methods:

Non-resident taxpayers within the scope of NRCGT MUST report the disposal of UK land and property and pay the CGT due within 60 days of the date of completion of the transaction. This is similar provision for residents as explained in our article CGT Return (60 days).

The NRCGT return must be made even if the CGT is not due and there is a loss.

What types of transactions fall within the scope of a 60-day CGT return?

Any disposal of UK residential properties falls within the scope of the 60-day rule. The disposal can take the following forms:

Private Residence Relief can potentially be available for gains taxable under NRCGT if the relevant conditions are met. PRR itself is a broader topic, and it is not feasible to discuss it further here. So, we will only discuss the additional relevant rules under the NRCGT here. The government introduced non-qualifying tax years rules in a situation where the property is situated in a country where the individual is a non-resident. This is valid for UK properties owned by non-residents.

Under this rule, the individual must spend at least 90 days in the house in question during the tax year. If this condition is met, the whole of the tax year will qualify for private residence relief.

Without temporary non-residence rules, UK resident taxpayer becomes non-resident and sells the UK land and properties and then comes back to the UK, escaping a substantial amount of CGT.

The temporary non-residence rule applies if the following conditions are met:

What information do I need for the NRCGT return?

The following information is required before you complete the NRCGT return: